War Crimes in North Korea - History Repeating, Cause and Effect 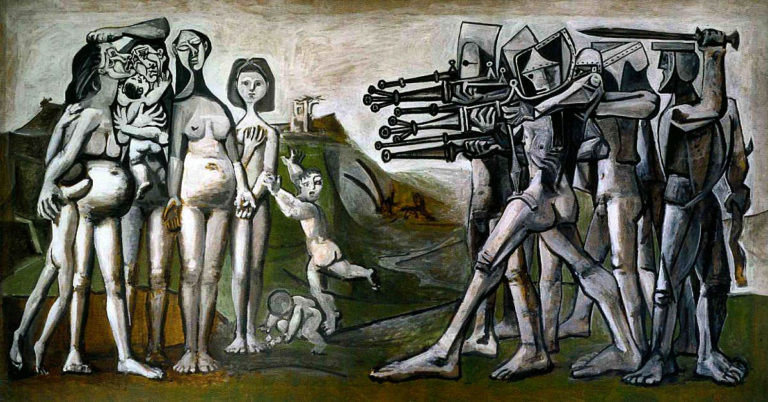 "The story dates to the early 1950s, when the U.S. Air Force, in response to the North Korean invasion that started the Korean War, bombed and napalmed cities, towns and villages across the North. It was mostly easy pickings for the Air Force, whose B-29s faced little or no opposition on many missions.The bombing was long, leisurely and merciless, even by the assessment of America’s own leaders. “Over a period of three years or so, we killed off — what — 20 percent of the population,” Air Force Gen. Curtis LeMay, head of the Strategic Air Command “everything that moved in North Korea, every brick standing on top of another.” After running low on urban targets, U.S. bombers destroyed hydroelectric and irrigation dams in the later stages of the war, flooding farmland and destroying crops."

“As if the flyers were playing in a bowling alley, with villages for pins:” The US Air War in Korea

“we killed civilians, friendly civilians, and bombed their homes, fired on whole villages with occupants – women and children, and ten times as many hidden communist soldiers – under showers of napalm, and the pilots came back to their ships stinking of vomit twisted from their vitals by the shock of what they had to do.”

"Now, maybe Americans don’t remember very well, but North Koreans have a memory of not too long ago, when North Korea was absolutely flattened, literally, by American bombing. There was—there was literally no targets left. And I really urge people who haven’t done it to read the official American military histories, the Air Quarterly Review, the military histories describing this." - Noam Chomsky
Posted by Russell CJ Duffy at 6:42 AM