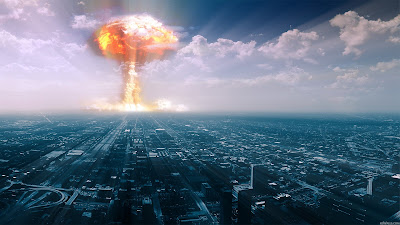 Operation Northwoods was a series of false flag proposals that originated within the United States government in 1962, but were rejected by the Kennedy administration. The proposals called for the Central Intelligence Agency (CIA), or other operatives, to commit perceived acts of terrorism in U.S. cities and elsewhere. These acts of terrorism were to be blamed on Cuba in order to create public support for a war against that nation, which had recently become communist under Fidel Castro.

Operation Northwoods proposals included hijackings and bombings followed by the introduction of phony evidence that would implicate the Cuban government. It stated: The desired resultant from the execution of this plan would be to place the United States in the apparent position of suffering defensible grievances from a rash and irresponsible government of Cuba and to develop an international image of a Cuban threat to peace in the Western Hemisphere.

Several other proposals were included within Operation Northwoods, including real or simulated actions against various U.S. military and civilian targets. The plan was drafted by the Joint Chiefs of Staff, signed by Chairman Lyman Lemnitzer and sent to the Secretary of Defense. Although part of the U.S. government's Cuban Project anti-communist initiative, Operation Northwoods was never officially accepted; it was authorized by the Joint Chiefs of Staff, but then rejected by President John F. Kennedy.

One aspect of Operation Northwoods involved the proposed hijacking of an American passenger plane. The JCS proposed that a real plane containing American passengers would be hijacked by friendly forces disguised as Cuban agents. The plane would drop down off the radar screen and be replaced by a pilotless aircraft, which would crash, purportedly killing all the passengers. Under the plan, the real passenger plane would be secretly flown back to the United States.

James Bamford wrote on Northwoods: Operation Northwoods, which had the written approval of the Chairman and every member of the Joint Chiefs of Staff, called for innocent people to be shot on American streets; for boats carrying refugees fleeing Cuba to be sunk on the high seas; for a wave of violent terrorism to be launched in Washington, D.C., Miami, and elsewhere. People would be framed for bombings they did not commit; planes would be hijacked. Using phony evidence, all of it would be blamed on Castro, thus giving Lemnitzer and his cabal the excuse, as well as the public and international backing, they needed to launch their war.
(read more) (solving the mystery)

I swear to Allah, this is exactly the kind of thing I suspected as I watched tv news of the twin towers.