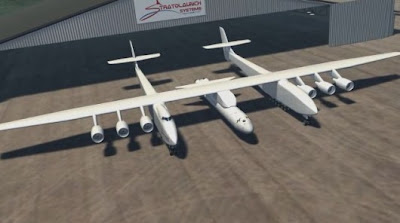 Stratolaunch Systems is a space transportation venture specializing in air launch to orbit, with its corporate headquarters located in Huntsville, Alabama. It was founded in 2011 by Microsoft co-founder Paul G. Allen and Scaled Composites founder Burt Rutan, who had previously collaborated on the creation of SpaceShipOne. The newly envisioned launch system will use similar components to that of Virgin Galactic though it will be made for orbital launch instead of sub-orbital. The start up will build a mobile launch system with three primary components; a carrier aircraft to be built by Scaled Composites, a multi-stage launch vehicle built by Space Exploration Technologies, and a mating and integration system to be built by Dynetics.