Do not try and bend the spoon. That's impossible. Instead... only try to realize the truth. What is the truth? There is no spoon.

DharmaFlix is a collaborative effort to list, review, rate, and provide clips of films with Buddhist Dharma content for the benefit of all.

Your world and everything in it, including you, is a simulacrum, illusory like a dream, a video game, or the Matrix. It arises from that which is called by many many names, but "your awakened mind" will work as well as any.

When your awakened mind illumines itself in the full glare of its own light, and penetrates the purported solidity of the material world, there is enlightenment, and the path is walked. Speaking Dharma, hearing Dharma, does not make it clear for you, so it is said that the Dharma cannot be spoken. Also, upon realization of Dharma, all statements are immediately seen to be part of the illusory world. Can there be a true statement in a dream? 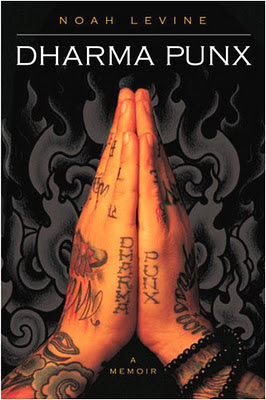 This is the story of a young man and a generation of angry youths who rebelled against their parents and the unfulfilled promise of the sixties.

As with many self-destructive kids, Noah Levine's search for meaning led him first to punk rock, drugs, drinking, and dissatisfaction. But the search didn't end there. Having clearly seen the uselessness of drugs and violence, Noah looked for positive ways to channel his rebellion against what he saw as the lies of society...