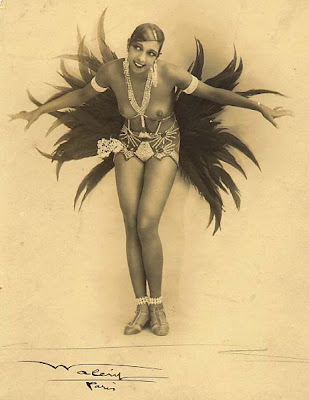 Josephine Baker (June 3, 1906 – April 12, 1975) was an American dancer, singer, and actress who found fame in her adopted homeland of France. She was given such nicknames as the "Bronze Venus", the "Black Pearl", and the "Créole Goddess".

Baker was the first African American female to star in a major motion picture, to integrate an American concert hall, and to become a world-famous entertainer. She is also noted for her contributions to the Civil Rights Movement in the United States (she was offered the unofficial leadership of the movement by Coretta Scott King in 1968 following Martin Luther King, Jr.'s assassination, but turned it down), for assisting the French Resistance during World War II, and for being the first American-born woman to receive the French military honor, the Croix de guerre. (read more)