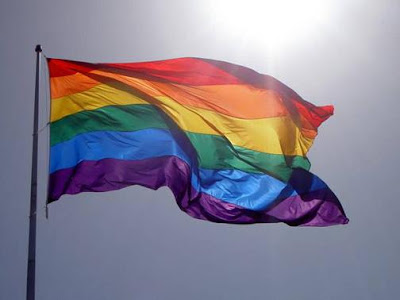 The proposed declaration includes a condemnation of violence, harassment, discrimination, exclusion, stigmatization, and prejudice based on sexual orientation and gender identity that undermine the integrity and dignity. It also includes condemnation of killings and executions, torture, arbitrary arrest, and deprivation of economic, social, and cultural rights on those grounds.

Voicing France's support for the draft declaration, Rama Yade asked: "How can we tolerate the fact that people are stoned, hanged, decapitated and tortured only because of their sexual orientation?"

The proposed declaration was praised as a breakthrough for human rights, breaking the taboo against speaking about LGBT rights in the United Nations. Opponents criticized it as an attempt to legitimize same-sex marriage, adoption by same sex couples, pedophilia (although all major psychological and scientific institutions have rejected such a link), and other "deplorable acts" and curtail "freedom of religious expression" against "homosexual behavior".

Homosexuality is currently illegal in 76 countries and punishable by death in five. In its 1994 decision in Toonen v. Australia, The UN Human Rights Committee, which is responsible for the International Covenant on Civil and Political Rights (ICCPR), declared that such laws are in violation of human rights law.

In 2003 a number of predominantly European countries put forward the Brazilian Resolution at the UN Human Rights Commission stating the intention that lesbian and gay rights be considered as fundamental as the rights of all human beings.

In 2006, with the effort of its founder, Louis George Tin, International Day Against Homophobia (IDAHO) launched a worldwide campaign to end the criminalisation of same-sex relationships. The campaign was supported by dozens of international public figures including Nobel laureates, academics, clergy and celebrities.

Among the first to voice opposition for the declaration, in early December 2008, was the Holy See's Permanent Observer at the United Nations, Archbishop Celestino Migliore, who claimed that the declaration could be used to force countries to recognise same-sex marriage.

However, Archbishop Migliore also made clear the Vatican's opposition to legal discrimination against homosexuals: "The Holy See continues to advocate that every sign of unjust discrimination towards homosexual persons should be avoided and urges States to do away with criminal penalties against them."

In an editorial response, Italy's La Stampa newspaper called the Vatican’s reasoning "grotesque", claiming that the Vatican feared a "chain reaction in favour of legally recognised homosexual unions in countries, like Italy, where there is currently no legislation."
(read more) (the yogyakarta principles)