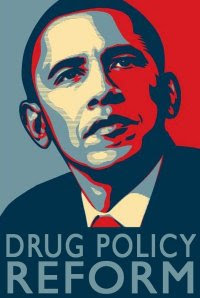 President Obama has decided on a settlement between the Navajo and Hopi Indians during his first year in office. Imagine that. I wonder when the last time a sitting president could make that claim. Marijuana production is definitely on the rise around here. The Mexican Cartels are moving their operations to the US. It’s especially apparent in California. This doesn’t surprise me much. It’s common practice for US businesses to set-up shop closer to their market. The border community between the U.S and Mexico is becoming another country. They even have a name for it: El Tercer Pais. Literally ‘the third country’. It’s a place where people go about their business without much regard for what legislatures decide on either side. Meanwhile, smugglers are using cranes to lift cars, filled with marijuana, over that scary fence we built ..reinforcing the notion of how adaptable humans can be. If you build it, they will climb it. I wonder when we’re going to end this crazy charade that has transferred so much wealth to the drug cartels that, pretty soon ..they’re going to declare sovereignty over El Tercer Pais ..and defend its borders with more than just a wall.
Posted by Bill Robertson at 12:39 PM