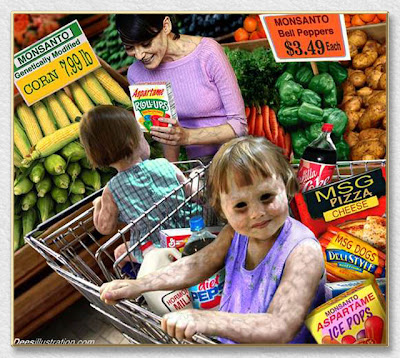 For centuries—millennia—farmers have saved seeds from season to season: they planted in the spring, harvested in the fall, then reclaimed and cleaned the seeds over the winter for re-planting the next spring. Monsanto has turned this ancient practice on its head.

Monsanto developed G.M. seeds that would resist its own herbicide, Roundup, offering farmers a convenient way to spray fields with weed killer without affecting crops. Monsanto then patented the seeds. For nearly all of its history the United States Patent and Trademark Office had refused to grant patents on seeds, viewing them as life-forms with too many variables to be patented. "It’s not like describing a widget," says Joseph Mendelson III, the legal director of the Center for Food Safety, which has tracked Monsanto’s activities in rural America for years.

Indeed not. But in 1980 the U.S. Supreme Court, in a five-to-four decision, turned seeds into widgets, laying the groundwork for a handful of corporations to begin taking control of the world’s food supply. In its decision, the court extended patent law to cover "a live human-made microorganism." In this case, the organism wasn’t even a seed. Rather, it was a Pseudomonas bacterium developed by a General Electric scientist to clean up oil spills. But the precedent was set, and Monsanto took advantage of it. Since the 1980s, Monsanto has become the world leader in genetic modification of seeds and has won 674 biotechnology patents, more than any other company, according to U.S. Department of Agriculture data.

(americanbuilt.us)
Posted by Oberon at 7:05 PM